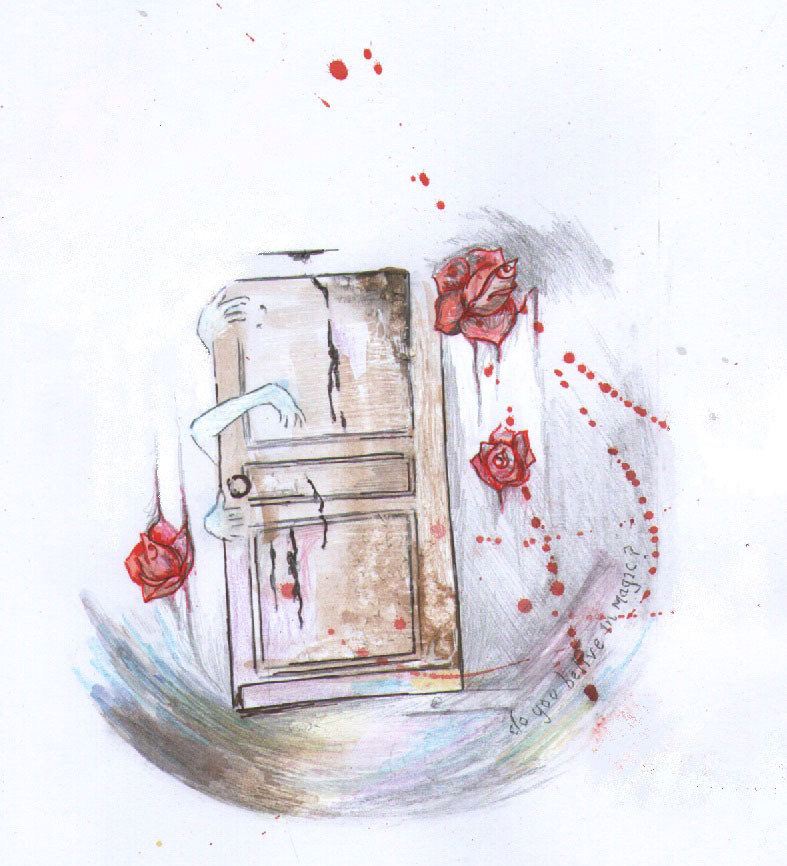 In a dark alleyway in a giant magical city there were two girls.

“Brooke, why do you always lie?” asked Savannah.

A door popped up in front of them.

“Do you believe in magic?” the door boomed.

Brooke didn't believe in magic but what harm would it do if she lied?

The door opened and both girls walked in. They found themselves in a dark, old room. There was a wooden floor with a red carpet on it. Which led to a flower-filled room with red and pink roses which seemed to hiss at them as they passed. Finally there was a room with a glass floor.

A face appeared on the wall and asked, “Do you believe in magic?”

The floor underneath the girls collapsed and lava started flowing in. The two girls fell down, but luckily there was a ledge and they grabbed it. But they were slipping.

“What is happening? I love magic!” screamed Brooke. “Did you lie, Savannah? We will die thanks to you!”

“I do believe in magic!” shouted Brooke at the door.

Just as she screamed, the floor closed up. Instead of lava there were now spikes.

Savannah realised that Brooke had been lying the whole time.

“Everything you have just told me is an complete and utter lie. Now tell me the truth and we might both live!” shouted Savannah.

Brooke opened her mouth to answer.

In a dark alleyway in a giant magical city, a door popped up out of nowhere. One girl came walking out and headed home.