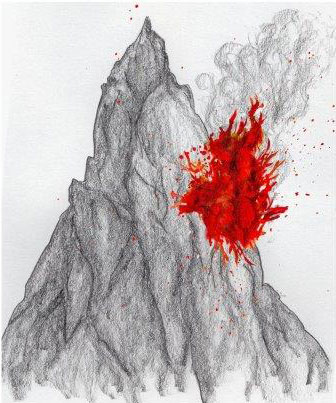 Bill and Bob were bored. And when, reader, I say bored, I mean really bored. Like the massive ‘Toys R Us’ sign on the front of the shop should be replaced by the words: I’m bored! You would often find the twins having a tantrum outside that one building.

Ok, so, at this moment, Bill had what seemed like a massive light bulb come over his head.

After lots of persevered persuasion from Bill, Bob gave in.

When the boys were at the control panel, Bill explained to Bob that his job was to be his assistant. The plane took off, and, once it was hovering 100 or so feet off the ground, it started to make noises sounding very much like:

It didn’t stop there, no; the twins were rocked backwards and forwards until they felt sick... and absolutely terrified.

“I know how to fly a plane... we’ll be alright...” Bill moaned reassuringly, despite his queasiness. “Nothing’s wrong... I just need to flick this switch, pull this trigger... and we’ll be alright!”

“Everything you’ve just told me is a complete and utter lie!” Bob screamed. “Now tell me the truth and we might both live.”

Just as he’d said that, the plane lurched violently forwards with the same volcanic passion the pair used sometimes to make a fuss over not getting the toy they wanted. The unsteadiness wasn’t because of Bill’s poor steering. Two screams, then flames as the plane drove straight into their Dad’s own private mountain.

Moral of the story: DO NOT steal your dad’s private jet when you don’t know how to fly it (though I suppose that if you do know how to, all you will get is angry parents).